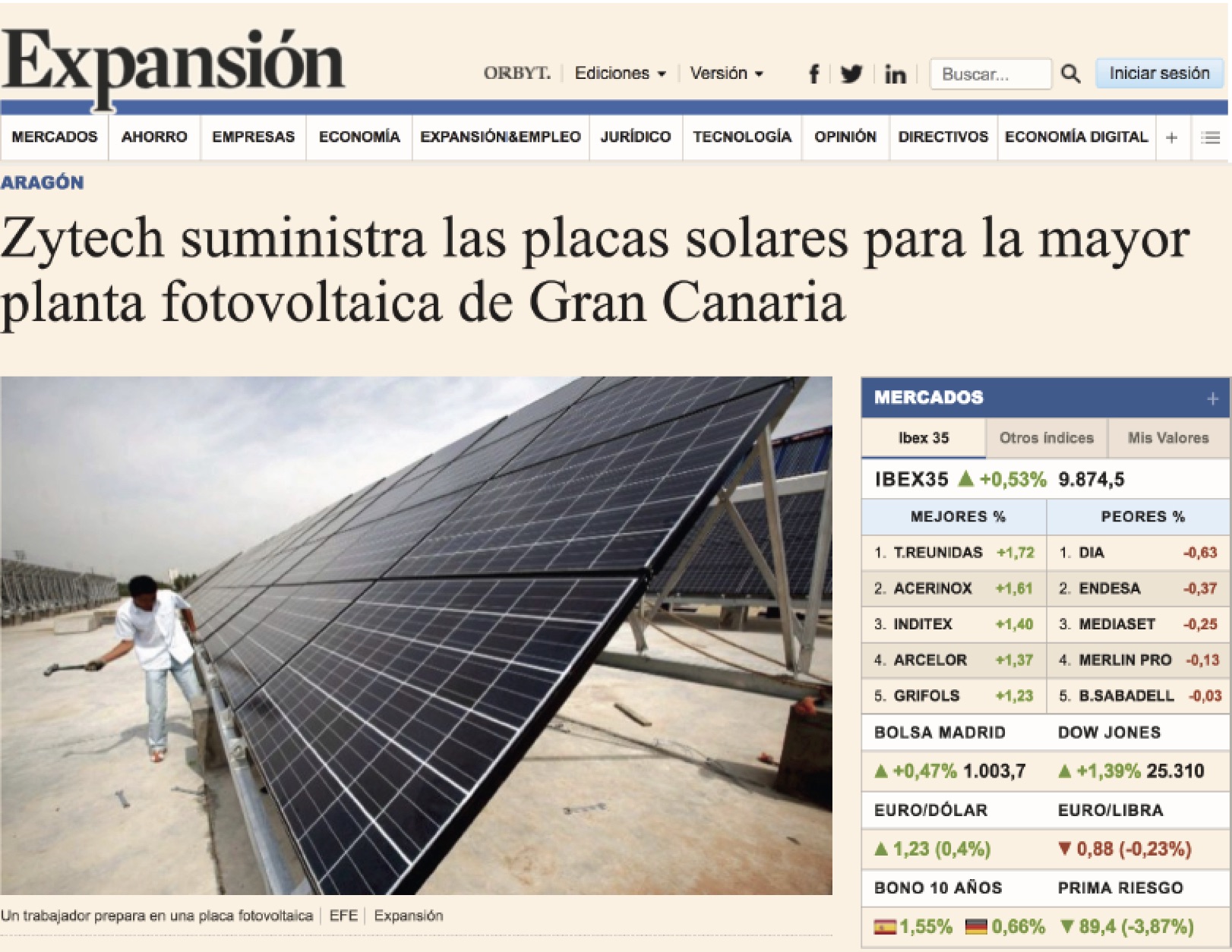 ZYTECH SOLAR, one of the largest Solar Panels manufacturers from Spain, with own production plants in Spain, India and China, and subsidiaries in Germany, Italy, France, USA and Mexico is delivering the solar panels for the largest Photovoltaic Power Plant in Gran Canaria Island (Canary Islands), which construction has already started.

ZYTECH Solar is delivering the solar panels which are being installed in the largest Photovoltaic Power Plant in the Gran Canary island; in the Parque Technologico de Gran Canaria, with 465KW or 1770 solar panels Zytech 270W, currently under construction by the Company ACCIONA. Zytech solar panels will save 930 tons of CO2 per year.

The Project is the largest in the whole island of Gran Canaria, and the first state-owned one in the north of the island, it has been co-financed by the University of Las Palmas de Gran Canaria and the Municipality of Galdar between others

The Zytech solar panels have been chosen for this Project thanks to its high irradiation technology which allows them to reach higher performance in high irradiation areas, such as the Canary Islands (one of the highest in Spain.) Zytech is considered in several Reports as one of the most important manufacturers in the planet for Low Concentration Photovoltaics (LCPV) and has adapted its R&D in standard solar panels

Zytech Group is a Spanish Headquartered Manufacturer of solar photovoltaic modules with more than one decade of experience. The company has subsidiaries in several countries (Germany, USA, France, Italy, India, Mexico, Egypt). The international expansion of Zytech continues growing, after it was awarded with the Going Green Awards, in California in 2007.

Recently Zytech has become one of the largest manufacturers of solar panels in Europe, with a production capacity of 300 mw per year.

View all posts by Zytech Solar →